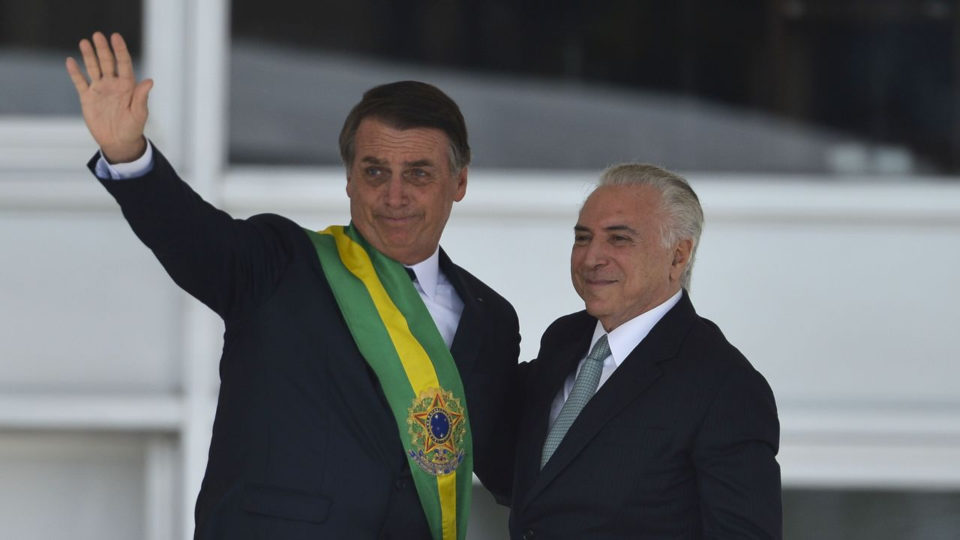 It’s hard to read or hear anything about the Brazilian economy without stumbling over the term “reforms”. Everyone uses the same word loosely and everyone is referring to something different. Without removing this confusion, it is not possible to understand the Brazilian economic debate.

The great central line that unites post-impeachment economic policy lies in these same words used to name different things. There is no “liberal reform agenda” applied continuously over the past five years. There are at least two economic policy ruptures during the period: one after the end of the Temer government and the other after the end of Rodrigo Maia’s presidency in the Chamber of Deputies.

The first rupture: long-term reforms with the promise of miraculous shocks

For good reason, few noticed the first break as it happened. In 2018, Paulo Guedes was seen as an advocate for fiscal responsibility to cut interest rates and reforms to boost the productivity of the economy. It was enough for many to treat it like the previous government. The future minister welcomed the agenda of the Temer government and the former President of the Republic himself recognized Guedes as a sign of continuity in the economic field.

With the benefit of hindsight, it’s easy to notice some important differences that have been there. Temer’s fiscal responsibility has focused on the medium-term trajectory of public spending, rather than cuts since the present. The previous government believed that this strategy would be politically easier, would not slow down the economy in crisis and would serve as a tool to reduce the interest rate.

Paulo Guedes, in turn, believed in his ability to cut spending now and faster than the previous government, in addition to approving drastic changes in fiscal rules. The minister also pledged to speed up privatizations and sales of other income-generating assets. The result would be a drastic reduction in the public deficit in the short term, which the Temer government saw as a waste of political capital.

Another point of difference lies in the reforms aimed at productivity gains. During the Temer government, proposals such as basic sanitation and TLP changes included transitions and sought to have long-term impact, prioritizing effective approval of projects and keeping the rules of the game predictable.

Guedes preferred sector reforms that would generate short-term shocks, such as the “energy shock” which would halve the price of gas after two years of government. It is important to note that this preference for shocks is also evident in the opinion of the current Minister of Public Accounts. In both cases, experts pointed to Guedes’ excess of optimism from the start and the promises fell through.

This rupture between the two visions of the economy begins to take shape after the conflicts between Paulo Guedes and Rodrigo Maia on tax reform. The former mayor was a supporter of Michel Temer’s program, close to the same economists who led the previous government. Thus, part of the Pocketbook agenda in 2019 and 2020 defended the proposals designed by the previous economic team. This coexistence between Maia and Guedes’ agendas prolonged confusion among the audience, encouraging the use of the same words to refer to things that had been different since then.

There is another, more recent and abrupt rift, which begins with the weakening of Paulo Guedes in 2020 and consolidates when Arthur Lira defeats Rodrigo Maia in the House election. At this stage, fiscal responsibility and reforms aimed at productivity gains only appear to exist.

Instead of promises to reduce the deficit at all costs in the short term, the 2021 Budget and the PEC dos Precatório show a shift towards irresponsibility. Episodes such as the parliamentary amendments file demonstrate that the process has gone beyond the pandemic.

Reforms aimed at productivity gains have also run out of steam. We have even seen some positive measures in this area, which are becoming increasingly rare, but the rule is the same as that observed in the member for Eletrobras: there is no shortage of turtles to please the Allied base.

It is even unfair to associate Paulo Guedes with post-2021 economic policy. The great fault of the minister is to hang on above all to the post. There is no vision of the economy that guides the economy. Structural reforms have given way to electoral reforms. If Guedes wanted to control spending to reduce long-term interest rates, he is now issuing a hike in short and long-term interest rates, showing that in addition to worrying about inflation, the credibility of public accounts is also a concern.

the merchants of confusion

Why, then, do we use the same words to refer to at least three different programs? Because it is suitable for many users of these words.

Pocketnarism sells itself as responsible for the continuation and even the deepening of the so-called “liberal reforms”. According to the story, Guedes reforms out of conviction, because he is a legitimate liberal, different from the Social Democrats who reformed out of convenience or out of necessity.

Petismo, in turn, wants to associate the third way with the government. A tribal cliché says that toucans are “pocketnarists” who eat with a knife and a fork. Others say the non-Bolsonarist center and right are the same as Paulo Guedes.

Finally, the third way must justify why so many Toucan and emeritus deputies joined the bloc led by Arthur Lira in the Chamber. Party leaders cannot recognize that colleagues traded important votes for positions and amendments – especially since the sale was done at retail, without the leaders’ blessing. It is easier to claim an abstract defense of reforms, losing the opportunity to disassociate from the unpopular resident of Palácio da Alvorada.

As Orwell remembers, abuse of language is both a cause and a consequence of bad politics. The differences between Temer and Bolsonaro’s economic agendas should be highlighted – first because they exist, but also because their recognition has an impact on our analysis of Brazilian politics. The confusion serves the party’s propaganda, but hinders the reconstruction of Brazil.

The privatization of Correios and Eletrobras should come out this year, according to Guedes