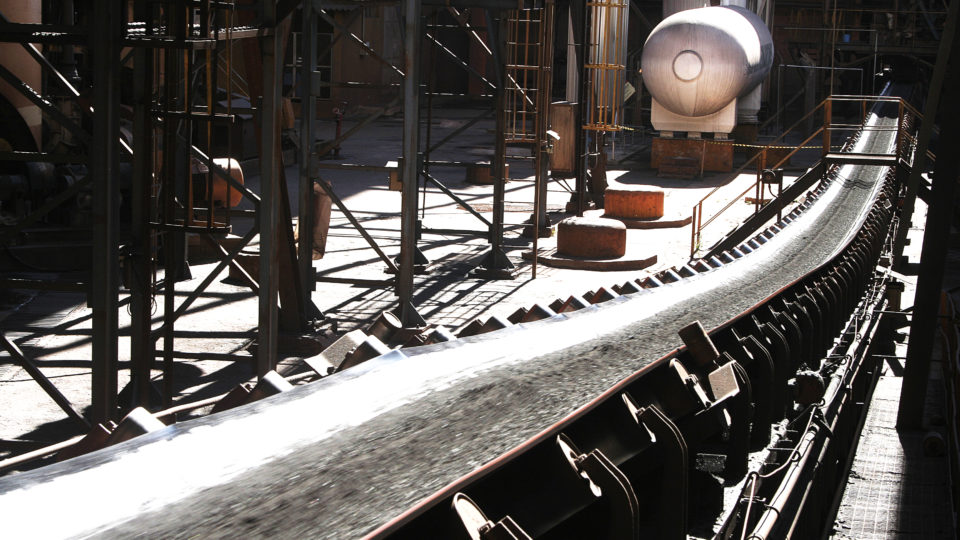 The growth of the global economy, mainly in China and the United States – which is expected to register growth rates above 6% this year, according to data from the International Monetary Fund (IMF) – is giving way to Brazilian commodities.

Brazilian exports of the soy complex grew 25.3% in dollars compared to the first six months of 2020 and 2021; meat, 9.2%, according to data from the Ministry of Agriculture. Iron ore exports, on the other hand, saw a 126.4% increase in value in the first half of the year, compared to the same period in 2020, according to the Foreign Trade Secretariat (Secex).

Soybean-related commodities are driven by China

According to Itaú BBA, in the case of soybeans, the sustained demand for the grain is in the wake of the restructuring of the pig herd in China and the high prices of vegetable oils. These, in turn, have been spurred by the increased production of biodiesel worldwide and the limited supply of other types of oils.

“The poor harvest in Argentina, due to the dry climate and the reduced speed of exports of meal and soybean oil, whether due to strikes in ports or reduced navigability of rivers, has also contributed to the rise in prices in grain, through the boost given to the value of derivative products, ”informs the report of the financial institution released in the second half of June.

The prospect is that this scenario of good soybean prices will continue into the next year, even with projections of 5% growth in world oilseed production. In fact, stocks will remain low, at the level equivalent to 24% of world consumption.

But prices could become more volatile due to the uncomfortable weather in the United States, Brazil and Argentina. In the case of Brazil, there is concern about the off-season corn, which faces a drier climate.

Meat: a situation that varies according to the segments

In the meat complex, the scene is different. The better off are the meat packers that export or have units primarily in the United States, which have benefited from increased international demand.

One of the drivers of consumption has been China, where pork exports increased 32% in the first half of the year, reaching US $ 755.5 million. “Information on new variants of African swine fever (ASF) began to circulate at the start of the year, suggesting a reduction in the speed of herd recovery,” says Itaú BBA.

However, despite the slowdown in herd rebuilding, the United States Department of Agriculture (USDA) estimates a growth of 11.4% in the Asian giant’s pork production and a drop of 8.2% in exports, which would be of 4.85 million tonnes. “However, this is still a substantial amount, which tends to maintain the firmness of Brazilian exports,” said the bank.

The prospect, according to analysts at the financial institution, is that the high cost should reduce the sector’s margins, despite good exports. Cepea / Esalq-USP data shows that over the past 12 months, the price of corn has increased by 103% and that of soybeans by 48.5%.

Beef-exporting slaughterhouses are also at a good time, Itaú BBA analysts point out, “as export prices are expected to continue to recover amid a global beef protein shortage and strong demand, including China”. In 2020 and 2021, sales there in the first six months of the year exceeded US $ 1.8 billion, two and a half times the level recorded in 2019.

The scenario is also favorable in the United States, where Brazilian slaughterhouses have a significant participation in slaughter. According to Leonardo Alencar, analyst at XP Investimentos, the scenario is good there, with the injection of money by the US government and the resumption of catering, due to advances in vaccination against Covid-19.

But specialists warn: “A possible appreciation of the currency could require larger increases in export prices, so as not to harm income in national currency”, underlines Itaú BBA. And Alencar recalls that the United States has a relevant weight in the turnover of two Brazilian slaughterhouses: JBS and Marfrig.

Another growing risk for meat packers and producers is the increased dependence on China and Hong Kong. “It is important to prepare financially for possible disruptions in exports to these markets, because, although unlikely, their impacts could be significant on sales in Brazil,” emphasizes Itaú BBA.

For those who are more dependent on the domestic market, the situation is not so favorable, says Alencar of XP. “In the case of poultry and pork, they are more affected by higher costs, higher prices for corn and soybeans, and the fact that domestic demand is not as good and because of inflationary pressures . Regarding cattle, the activity cycle is not at a favorable time.

According to the analyst, the operations of slaughterhouses that operate with greater strength in the domestic market have tighter margins. This is the case, especially for those who slaughter chickens. “Brazil has competitive advantages in this segment, but at the moment it is under cost pressure.”

Another successful commodity is iron ore, which has directly benefited the Brazilian economy. The ore, essential for steel production, has reached record prices of nearly US $ 220 per tonne, more than double the amount recorded a year ago. Exports to China in the first half of the year reached 107 million tonnes, the highest level since 1997, according to the Foreign Trade Secretariat (Secex).

“Everything indicates that we should have a solid quarter in the sector, benefited from the high prices of iron ore,” writes analyst Gabriela Cortez Joubert of Inter bank.

But the price increases are not only linked to demand from China, which is expected to grow 8.4% this year, underlines the International Monetary Fund (IMF). “There are problems on the supply side. There is a lack of investment in new projects to meet the increased demand. And the availability of ships has become more complicated with the pandemic, ”explains Yuri Pereira, research analyst at XP Investimentos.

He recalls that Vale is struggling to recover the volume produced after the Brumadinho tragedy in January 2019. According to the company, a year earlier, in the first quarter of 2018, 82.95 million tonnes were produced. In the first three months of the year, that number fell to 68.05 million.

The tendency is that the scenario remains “tight” for the next few years. “If Chinese steel production only increases 6% (annual average of the past 5 years) between 2020, this will represent an additional demand for iron ore of about 101 million tonnes, which is equivalent to the supply expansion of CSN Mineração for 2025 and the recovery of Vale. production.”

And even the expectation of weaker growth in China for years to come – the IMF predicts an average GDP expansion of just above 5% for the period 2022/26 – should not affect Chinese demand for it. ‘steel.

“There is room for growth, mainly in the construction segment,” Pereira emphasizes. He recalls that China’s urbanization rate is still relatively low compared to Brazil. Data from The Economist shows that at the Asian giant, 59.2% of the population lives in cities. In Brazil, this percentage is 86.6%.

This is the second report in the “O Brasil que Grows” series, which showcases some of the most advanced industries in the country. Follow the series on this link.

Home office had limited reach in Brazil, FGV points out