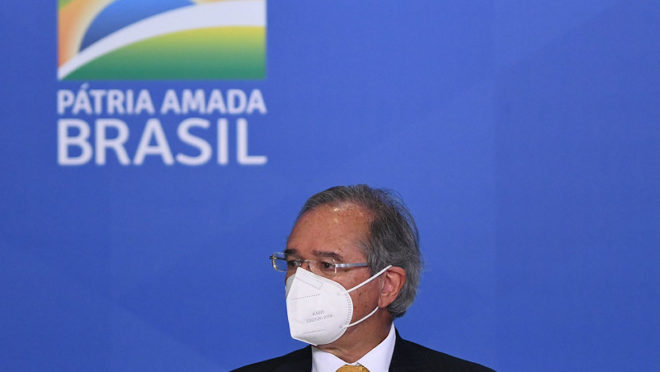 Guedes said he was convinced Brazil would overcome the energy problem, | Photograph:

Economy Minister Paulo Guedes downplayed the impacts of the water crisis facing the country, saying the problem will cause disruption, pushing inflation a bit higher, but the Central Bank “must be a little further behind inflation”. The statement took place during the launch of the Joint Parliamentary Entrepreneurship Front in the House on Wednesday (25).

Guedes also said he was confident Brazil would overcome the energy problem. “Last year was chaos, we organized and we went through, why are we going to be afraid now? What is the problem with energy becoming a little more expensive because it rained less? “Asked the minister.

He also said the fiscal situation in Brazil is calm and criticized what he called “narratives of denial”, he said, being propagated by the media. “Fiscal fundamentals have never been so calm. And every day you look at the newspaper and you say that Brazil is going to catch fire, that everything will explode, that next year will not pass, ”he complained.