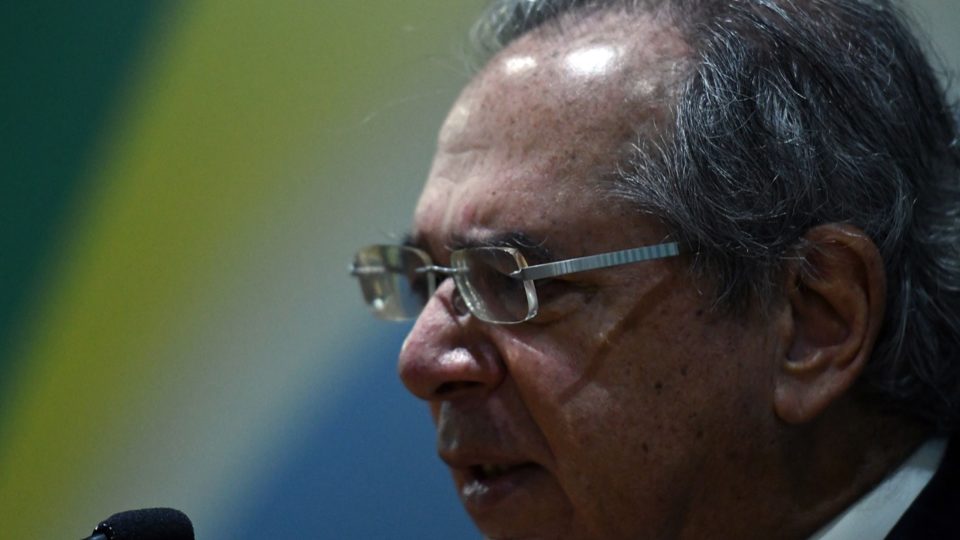 In a public hearing in the Federal Senate, the Minister of the Economy Paulo Guedes defended this Friday (20) the government’s decision to propose the creation of the Contribution on Goods and Services (CBS) of the PIS and Cofins instead of supporting a broader reform of the consumption tax that would include state and municipal taxes. According to him, the idea of ​​a single tax shared between the three levels of government, as provided for in PEC 45 and 110, “would break the Union”.

“If you notice, radical reform never brought numbers. This brings the start, “said the minister, who also said it was impossible to complete reform in 2020, amid the crisis caused by the novel coronavirus pandemic.” You are in the midst of a pandemic, with a declining GDP, how are you going to talk about tax reform with declining tax revenues for everyone? ”he said.

“That’s when I had to get away from someone who wasn’t helping much, which was the [ex] mayor [Rodrigo Maia (sem
partido-RJ)], because he arrived with a conversation of 400 billion reais, or half a trillion reais [da União] to create a fund to conclude the agreement, ”he said.

“[O acordo da] Lei Kandir was BRL 70 billion, aid during the pandemic was BRL 150 billion and [a ampliação do] Fundeb is 260 billion reais. Half a trillion reais has just been distributed to states and municipalities. How am I going to accept another half a trillion fund now? Only if I break the Union It has no condition whatsoever. It is impractical, ”he said.

Guedes’ speech was along the same lines as that of Federal Revenue Secretary José Tostes Neto, who also attended the event. “The CBS is a preparatory phase for one more step, in a next step, which can integrate other consumption taxes at the sub-national level, for the creation of a VAT [Imposto de Valor Agregado] double, ”Tostes said. “We are aware that this future step will have to be taken gradually.”

The double VAT model the secretary referred to would be a system made up of two consumption taxes: the CBS, at the federal level, and a tax shared between states and municipalities, which would result from the merger of the ICMS, under state jurisdiction, and the ISS, under municipal responsibility.

Senator Roberto Rocha (PSDB-MA), however, criticized the government’s position. The congressman said he would present his opinion on PEC 110 next week, which is expected to provide for double VAT, but which lacks government backing.

“We’re like that, I’m so sorry to have to say it, it sounds like a fantasy,” Rocha said. “As we have seen, Secretary Tostes discussed the PL which is in the House, which creates the CBS. CBS is a demonstration that they have given up on the Comprehensive Reform CEP, ”he said. “A CBS without operations, as the government argues here, cannot be called an IVA, because it is absolutely incompatible with IVA. And if it has operations, it is clearly unconstitutional, because it is contrary to article 195 of the Federal Constitution. Therefore, the CBS, to be effective, would have to be done through a constitutional amendment, which is what this debate is proposing here today. “

Guedes argued, however, that reform begins with federal taxes and voluntary membership by states and municipalities. “I think that the example must be set, in this sense, from top to bottom. Whoever has the most money goes for tax asylum. It has to start with the example up there. Let’s decentralize resources a little, simplify our taxes. Get the PIS / Cofins and take the first step, show that it is possible to do an IVA. Then call the States. If the States already have this pact, if they have already spoken to each other, they will propose a proposal to commit. And the communes can come because they will come by gravity.