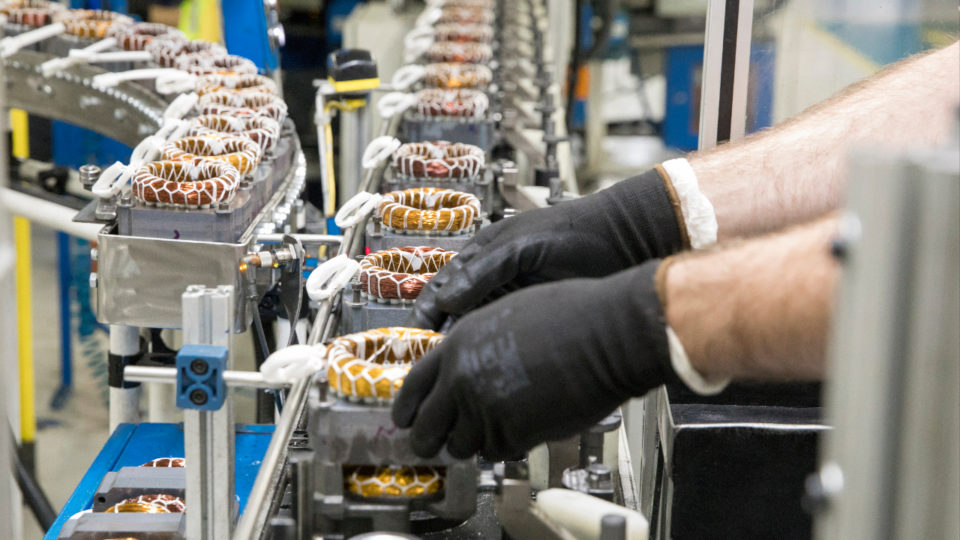 Businesses are investing more vigorously after the worst times of the pandemic. About 95 billion reais of productive investments were announced in the country in four weeks, between July and August, according to the surveys of Bradesco. As a result, the demand for machinery and equipment is on the rise. Manufacturers in this segment plan to invest BRL 7 billion in expansion and modernization this year, says the Brazilian Association of Machinery and Equipment Industry (Abimaq).

Sectoral output rose 22.7% in the 12 months ended June, compared to the same period a year earlier, according to the Brazilian Institute of Geography and Statistics (IBGE). This is the highest rate of expansion since March 2011.

The GDP monitor, calculated by the Getulio Vargas Foundation (FGV), indicates that gross fixed capital formation, the indicator that measures the expansion of the capital goods and civil construction industry, has increased by 29.3% in the moving quarter ended in May, compared to the same month in 2020. As a result, the economy’s investment rate jumped to 22.1% of GDP, well above average historic 18% recorded since January 2000.

With that, the Abimaq revised its growth expectations upwards this year. The projection is for an 18% to 20% expansion of production. “The pace should not be slowed down. The expansion will be less in the second half of the year due to the more solid base at the same period last year,” said the president of the business entity, José Velloso.

The association notes that the intensification of vaccination campaigns in several countries, combined with an important policy of stimulating activities, has allowed a significant recovery in several economies. This ultimately promotes increased sales of machinery and equipment.

Apparent consumption of machinery and equipment (imports plus domestic sales) increased by 19.7% in the 12 months ended June, and the sector’s total net income saw a real increase (after inflation) of 27, 9%, compared to the same previous period.

Exports and employment on the rise

Like the domestic market, exports of machinery and equipment are on the rise. In the first half of the year, they reached US $ 4.1 billion, up 21.7% from the same period of 2020.

The best export performances are in the segments of logistics and civil engineering (+ 46.7%), machinery for consumer goods (33.6%) and machinery for agriculture (30, 8%). In the division by destination, the strongest expansion occurred in sales to Latin America (growth of 41.9%).

The good timing of the segment is reflected in the increase in the number of formal jobs. June recorded the 12th consecutive monthly growth in the sector’s workforce, which now has 357,000 people working directly, 20.8% more than in the same month in 2020. The peak of the workforce of labor employed by the sector was recorded at the end of 2011, with 386.1 thousand people working.

A Japanese multinational strengthens its investments in Brazil

One of the most vigorous examples of investment comes from the Japanese multinational Nidec, one of the world’s leading manufacturers of refrigeration compressors and which has industrial facilities north of Santa Catarina. The units benefit from an investment of R $ 110 million intended for the modernization and extension of production lines.

“We are seeing strong demand both nationally and internationally,” explains Vice-President of Strategy and Investor Relations, Guilherme Almeida. Brazil is, along with Mexico, the target this year for the group’s biggest investments.

Another investment is underway in Itaiópolis, also north of Santa Catarina. R $ 10 million is invested in the installation of a production line for condensers and sealed units, in addition to internal components. There are 120 new jobs and a 25% increase in production capacity.

At the same time as the machinery and equipment segment senses high demand, there is an increase in the costs of inputs such as steel, copper, aluminum and plastic resins. “We are looking for alternative suppliers,” says Almeida of Nidec. And to complete the picture, the dollar has appreciated by around 30% against the real since the start of last year.

This movement has also favored a process of import substitution in the machinery and equipment segment. Foreign equipment is giving way to national equipment, underlines Abimaq. The market share of national manufacturers reached 56% of national consumption, against 42.1% in May 2020.

The backlog corresponds to production of 12.3 weeks, 37.7% above the level verified in June 2020. “Data up to June indicate, in the short term, the continued expansion of activities in the sector “, he indicates the commercial entity.

Another sectoral challenge, according to the Nidec executive, is related to logistics. Container requirements are not sufficiently met, resulting in delays in the delivery of inputs and the outflow of goods. He points out that in some cases freight has quintupled. “At the same time, commodity inflation has shown that the world is not prepared for a V-shaped recovery,” he says.

This is the fourth report in the “O Brasil que Grows” series, which showcases some of the most advanced industries in the country. Follow the series on this link.

Pix Saque and Pix Troco will be available next week; See the details