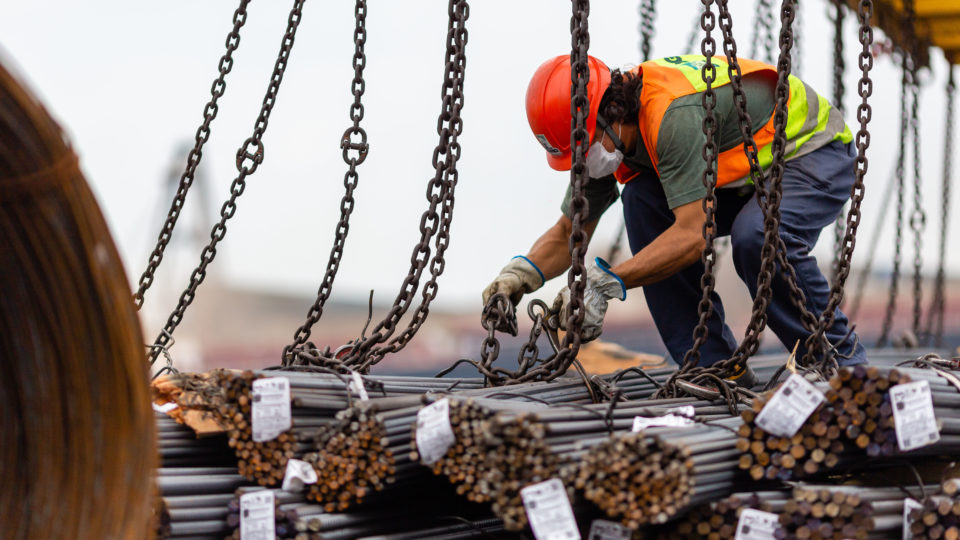 The construction industry is having a good time: sector GDP grew 2.1% in the first quarter of the year, compared to the last quarter of 2020, according to the Brazilian Institute of Geography and Statistics (IBGE). This is 75% more than the country’s growth during the same period.

“There is a generalized increase in work in all segments of the sector: real estate development, public works, formal and private construction – called in the segment of ‘little ants'”, explains the chairman of the committee on materials, technology , quality. and Productivity of the Brazilian Chamber of Civil Construction Industry (CBIC), Dionyzio Klavdianos.

He points out that the outbreak that occurred during the pandemic ended up surprising and continued when it started to cool down. In the first six months of the year, 178,600 formal jobs were created, according to the General Register of Employed and Unemployed Persons (Caged). The number of workers in the sector increased by 7.86%.

And given the forecast that the Brazilian economy is expected to grow by more than 5% in 2021, activity predicts that it could grow by 4% this year, which would mean the strongest growth since 2013. “Historically, yes the country’s GDP is increasing, civil construction is increasing more ”, specifies the president of the CBIC commission.

The performance was driven by the rise in real estate financing, low interest rates and an improvement, albeit timid, in the economy.

And, for the first time since February 2020, the medium and high-end real estate segment again recorded a simultaneous increase in launches and sales in 12 months, underlines the Brazilian Association of Real Estate Developers (Abrainc).

According to the president of the organization, Luiz França, the favorable business environment has favored the development of the real estate market for different audiences, who see a great attractiveness for real estate investments compared to traditional financial investments.

This favorable scenario has infected the building materials industry, which forecasts 8% business growth this year. “A lot of people are doing small renovations in their homes, to adapt to the new working scenario, and the low interest rates favor investment in the real estate market”, explains the president of the Brazilian Association of Materials Industries. construction (Abramat), Rodrigo Navarro. .

During the 12-month period ended in June, industry sales increased 16.6%, mainly due to finishing materials. But the entity projects lower rates in the coming months, as months of higher production in 2020 enter the basis for comparison.

Another factor that has favored the industry, according to Luís Filipe Silva Fonseca, Executive Director of Business at Tigre, one of the largest manufacturers of plastic materials for civil construction, has been the change in the way people relate. to the property in which they live. “The pandemic has forced people to stay at home more, increasing the search for properties that seek to better meet needs such as the home office,” he quotes.

One of the right time thermometers in construction is the sale of cement. According to the National Union of the Cement Industry (SNIC), in the first half of the year 31.5 million tonnes were sold, 15.8% more than in the same months of 2020. Demand was pulled by self-construction, renovations and continuity of real estate work. sector.

“We believe that the sector should continue at a good rate of growth. The increase in sales of residential properties to surprising levels is supporting the performance of the cement sector, but calls for caution going forward. It is essential to continue real estate launches, to maintain the pace of work, increase wages (employment and income) and economic activity which will maintain the spirit of the self-builder and the confidence of the entrepreneur ”, explains the president of the organization, Paulo Camillo Penna.

Companies are stepping up their investments to meet growing demand. This is the case of Tigre, from Joinville (SC), which this year is investing 250 million reais in technology and the extension of installed capacity. Most of the resources are directed to Brazilian units. But, even with the expectation of growth in the domestic market, the strategy of international expansion will be maintained. In April, the company acquired the American Dura Plastic to strengthen its presence in the world’s largest economy.

The manufacture of plastic pipes and fittings for construction, one of the segments in which the Santa Catarina company operates, increased 23.1% in the 12 months ended in June, according to the IBGE. And that movement is expected to continue, says Fonseca. “The opportunities are great in the food industry, due to the needs of the irrigation sector, and in the area of ​​infrastructure. The legal framework for sanitation will cause upheaval in this sector and promote the expansion of investments.

One of Abramat’s concerns is the increase in the prices of building materials. A survey by the Getulio Vargas Foundation (FGV) reports a 15.98% increase in the 12 months ended in July. “We are negotiating, with the federal government, to reduce the rates of the import tax (II)”, explains Navarro.

For Klavdianos of the CBIC, the dilemma of civil construction is the same as it is for the economy as a whole. “The exaggerated increase in inflation, as is currently the case, especially with regard to construction inputs, affects costs, which may make the activity of the builder unfeasible or increase them in the price of the product. final.”

The entity estimates that the sector would be able to grow further, reaching the 6% mark, if there were no problems with rising raw material costs.

Alternatives are found to circumvent this increase in costs and the delay in the delivery of inputs to the Brazilian market. Due to the high price of steel, the Santa Catarina State Civil Construction Cooperative (Coopercon-SC) imported 20,000 tonnes of steel from Turkey. The measure also benefits companies in Paraná. The first cargo arrived in early July at the port of São Francisco do Sul (SC).

Further expeditions should take place in the coming months. Even with the rising dollar, customs fees and import taxes, the final price of steel was 20% cheaper than the domestic product.

According to the president of the Syndicate of the Civil Construction Industry of Paraná (Sinduscon-PR), Rodrigo José Assis, a second ship is expected to arrive at the port of Santa Catarina in September and a third order, with orders placed until August. and a delivery scheduled for November, is being organized.

“Businesses have work schedules to run and cannot stand still. If we cannot buy in the domestic market because it is too expensive or because there is no delivery forecast, then we have to bring it from abroad ”, explains the commercial director.

This is the sixth report in the “O Brasil que Grows” series, which showcases some of the most advanced industries in the country. Follow the series on this link.