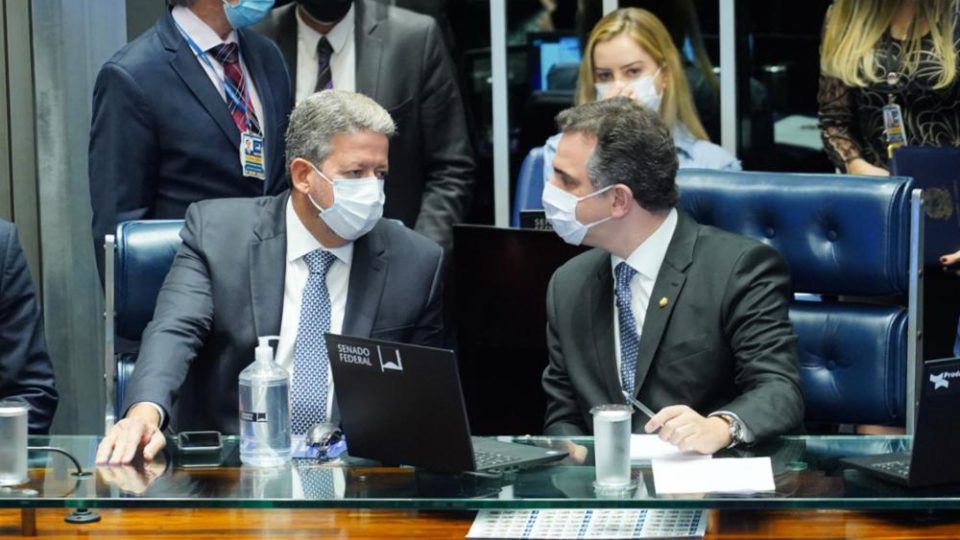 The Presidents of the House, Arthur Lira (PP-AL), and of the Senate, Rodrigo Pacheco (PSD-MG). Photo: Pablo Valadares / Chamber of Deputies.

Senator Jorge Kajuru (Podemos-GO) and federal deputy Elias Vaz (PSB-GO) filed a complaint this Friday (26) against the presidents of the House, Arthur Lira (PP-AL), and of the Senate, Rodrigo Pacheco ( PSD -MG), at the Federal Court (STF). Kajuru and Vaz demand the suspension of the joint act of Congress released Thursday evening (25). In the text, it was decided that the names of deputies and senators who have so far allocated funds from the “secret” budget will not be disclosed. The aim is to only make public requests made in the future. The information was published by the newspaper O Globo.

The law contradicts the decision of Minister Rosa Weber, who determined that the executive and the legislature give wide publicity to the distribution of these funds in 2020 and 2021. Pacheco and Lira argue in the document that it will not be possible to identify the “sponsors” of the modifications in the requested period. “The authors are not only identifiable but also easily accessible, reversing the difficulty pointed out by the Council of the House and the Senate to make it available on consultation sites,” said Elias.

Rosa Weber’s preliminary decision was endorsed by the plenary of the Court. Congress activated the STF last night to request the suspension of the minister’s decision. A joint session is scheduled for Monday to vote on a draft resolution regulating the 2022 budget rapporteur’s amendments.