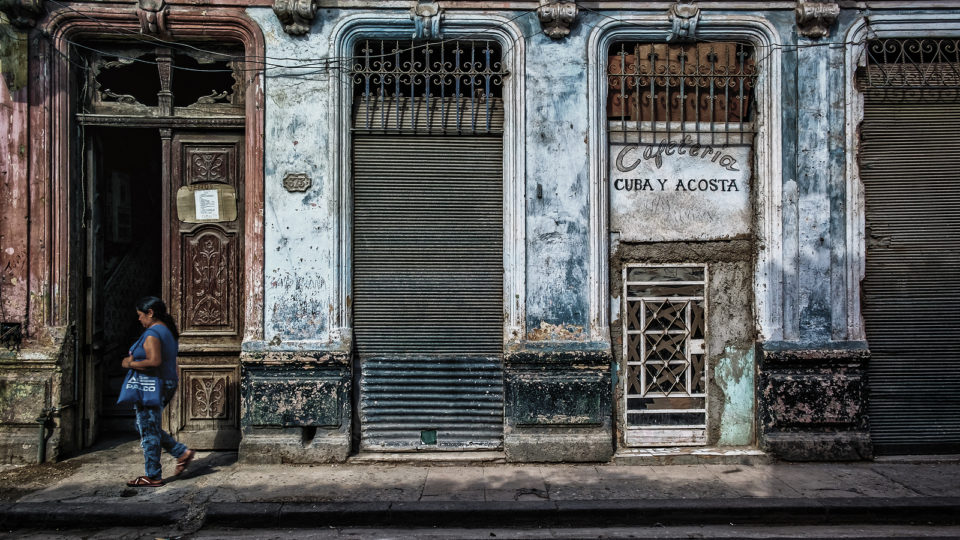 Faced with the demonstrations in Cuba this Sunday (11), with the population demanding freedom, members of the Brazilian extreme left came out of the closet to defend the regime. And, to justify the lack of medicines, food and everyday items, in addition to an 11% drop in GDP in 2020 (the 7th largest recession among any country), several concerned politicians have attributed the cause to the US government’s trade embargo against the island. Among them, the former presidents Lula and Dilma.

Trade restrictions hurt Cuba, after all, free trade between nations is one of the main engines of global prosperity. Countries with open economies, which means encouraging imports and exports through low taxation and tariff policies, are richer than those with trade barriers.

However, it is necessary to clarify the reasons why the embargo was created and the many economic mistakes made by the Cuban dictatorship over several decades.

The history of embargoes

When the guerrillas took power in Cuba, there was still no ideological alignment with socialism or communism. Mainly from the pragmatist Fidel Castro, who even tried to gain American support shortly after overthrowing the government of Fulgencio Batista. Until then, the radical with communist ideas was his brother Raúl.

No wonder the United States initially did not see the new regime as a threat, despite doubts about what it would represent. Diplomatic relations changed dramatically after Fidel’s speech at the United Nations in 1960.

At the time, in uniform, he spoke nonstop for 4 hours and 29 minutes, in which he criticized the United States, condemned the arms race, the exploitation of underdeveloped countries by the powers, in addition to promise land reform and the nationalization of foreign companies.

The following month then US President Dwight. D. Eisenhower, imposed the first embargo, in addition to ordering the CIA (the Central Intelligence Agency of the United States), a plan to overthrow Fidel. This culminated in the failure of the Bay of Pigs invasion in April 1961, under John Kennedy.

Isaias Lobão, professor at the Federal Institute of Tocantins and researcher at the GP-GIM (Research Group on Innovation and Market Management of the Federal Institute of Goias), says that with the sanctions, the importation of Cuban sugar by the states was suspended from the states, then the main trading partner. “As the sale of sugar is vital to the Cuban economy, a new market had to be created and the country turned to the Soviets,” he says.

The economic aid was even complemented by military aid from the Soviet Union, from then-chancellor Nikita Khrushchev, who saw Cuba as an opportunity to extend communist ideals in Latin America. The movement sparked the so-called Missile Crisis in 1962, which helped deepen Cuba’s relations with the Soviets.

The policy of the American embargo on Cuba has a pendulum history of isolation and rapprochement. “He was relaxed under two Democratic presidents, Jimmy Carter and Barack Obama. Americans were able to enter Cuba legally, although with travel restrictions and only with permission to do business granted to certain agro-industrial entrepreneurs, ”Lobão explains.

Under Carter, from 1977 to 1981, limited diplomatic exchanges resumed. The United States has reactivated its old embassy in Havana and Cuba has done the same in Washington.

Travel restrictions returned under the administration of Republican Ronald Reagan, but despite embargoes, in 1983 foreign trade accounted for 63% of Cuba’s GDP.

In 1980, Fidel allowed disgruntled Cubans to leave the island, prompting Cubans to flee en masse to Florida in overcrowded boats and makeshift canoes. Between 125 and 150,000 people fled the Cuban dictatorship. In response, the US government created a “dry feet, wet feet” policy, allowing Cubans who enter the United States illegally to obtain citizenship immediately.

With the collapse of the Soviet regime in 1991, Cuba found itself on its own, losing military support and increasingly lacking basic items.

“George Bush signed a law in 1991 that increased US economic sanctions against Cuba. Ships that traded goods with Cuba were banned from docking in US ports and foreign subsidiaries of US companies could no longer trade with Cuba, ”Lobão explains.

With the tightening of sanctions and, above all, with the loss of the main trading partner, there was a decline in foreign trade in Cuba, which in 1992 only corresponded to 11% of GDP.

However, the economic embargo prevents trade and financial relations with virtually the entire world, punishing companies that do business with the island, restricting tourism (around 10% of the island’s GDP) and affecting the population.

To make matters worse, in 1996 the Cuban army shot down two small American planes that took off from Miami. The excuse given by the Cubans was that the plane had “invaded Cuban territory”, while the US government maintained the position that they were in international waters. The episode prompted Congress to pass and Bill Clinton to enact the Helms-Burton Act, which tightened the embargo. Since then, any company has been subject to the same sanctions as those applied to American companies doing business with Cuba.

With the arrival of Hugo Chávez to power in Venezuela, the Cuban government has regained its breath. The trade indicator rose again with the deepening of relations between the two countries, including medical missions in exchange for oil, and with resources sent from other Latin American countries more ideologically aligned with the Cuban regime. .

In the Obama administration, restrictions have been relaxed, with Donald Trump tightening sanctions again. In the first half of Joe Biden’s government, there has been no change in attitude in this regard.

In the historian’s view, the embargo never achieved the primary objective of isolating Cuba and forcing political openness, but forced the regime to become heavily dependent on the Soviet Union. “When the USSR dissolved in 1991, the Cuban economy was devastated. Cuba continued to trade with the rest of the world, but the embargo on the movement of people and goods between the island and the richest and most powerful nation in the region dealt a blow to its economy ”, analyzes he does.

The Cuban embargo costs the US economy $ 1.2 billion annually, according to the US Chamber of Commerce. The Cuban Policy Foundation estimates that this cost will reach $ 4.84 billion per year, which will cost Cuba $ 685 million per year, or nearly 0.7% of the island’s GDP, compared to 0.0012% of the United States GDP.

It would be easy to attribute the poor performance of the Cuban economy to the US embargo, as Brazilian left and far left politicians want it to be. But in addition to the embargo caused by the bad choices of Fidel Castro and the company, many economic mistakes have been made by the Communist rulers since the 1960s.

The earthworks of the Communists are notorious in economic matters. They tend to ignore the most basic fundamentals of economics, generating misery and hunger in the countries they rule. In the case of Cuba, from the start of the revolution, the economy was placed in the hands of amateurs. The country’s prime minister of economy and president of the country’s national bank after the revolution was none other than Che Guevara, a left zero in the economic arts.

As Lawrence Reed of the Foundation for Economic Education tells us: “Within months, the Cuban peso was practically worthless. Castro also appointed him Minister of Industry. In this role, Che proved to be equally incompetent. It has already imported a fleet from Czechoslovakia. snow plow because I thought they would be perfect for cane harvesting, but unfortunately the machines just crushed and killed the plants. “

Given the example above, it is no coincidence that, with the embargo, errors in central planning and government controls ended up strangling the economy, leaving most Cubans to fight for a decent food and desperate for a better standard of living.

There is a strong correlation between the indices of economic freedom and economic and social development. However, in only two of the 12 indicators assessed by the Heritage Foundation’s Economic Freedom Survey, Cuba has scores above 50, on a scale of up to 100, and to be considered free one must obtain at least 80 points. .

There are, for example, serious rule of law problems in the country, with little separation between the judiciary, the National Assembly and the Communist Party, which can appoint or dismiss judges at any time. This causes the country to have corruption and integrity issues.

The Venezuelan mom did not last long. The economic difficulties of the country ruled by Maduro forced the regime to seek further liberalization, with the 2019 Constitution in theory recognizing private property, but the state still owns most of the means of production as the country still does not have capital structure. market.

Some public sector jobs have been cut and over 500,000 small businesses have been created, expanding the existence of private businesses, which ironically is criticized by the more radical Brazilian left.

The example of Hong Kong

Cuba’s history shouldn’t have been like this. Another island, much smaller territorially, and with just over half of the Cuban population, has prospered economically, growing seven times faster than that of Cuba since the 1950s, through free markets and limited government.

Briton John Cowperthwaite was the island’s financial secretary between 1961 and 1971, a protagonist of economic reforms. He implemented free market policies widely recognized in the literature for transforming post-war Hong Kong into a thriving global financial center, with free trade, low taxation, budget surpluses, limited intervention by the state in the economy, a mistrust of industrial planning and a strong currency. .

Known to be a pragmatist, not an ideologue, he opposed subsidies and implemented horizontal policies, with legislation as fair as possible for all economic agents.

Despite recent disturbing Chinese interventions, Hong Kong remains one of the freest economies in the world.

Some might argue that in 1959, when Fidel came to power and opted for central planning, there was still no consensus in the economic literature on what justified nations’ prosperity and failure. However, when the Soviet Union collapsed in 1991, it was already understood that economic development depended on institutions with legal certainty, respect for private property and economic freedom. Still, Castro doubled down, but those still paying the price for below what they might be are the Cubans.

Withdrawal of emergency aid released for people born in November