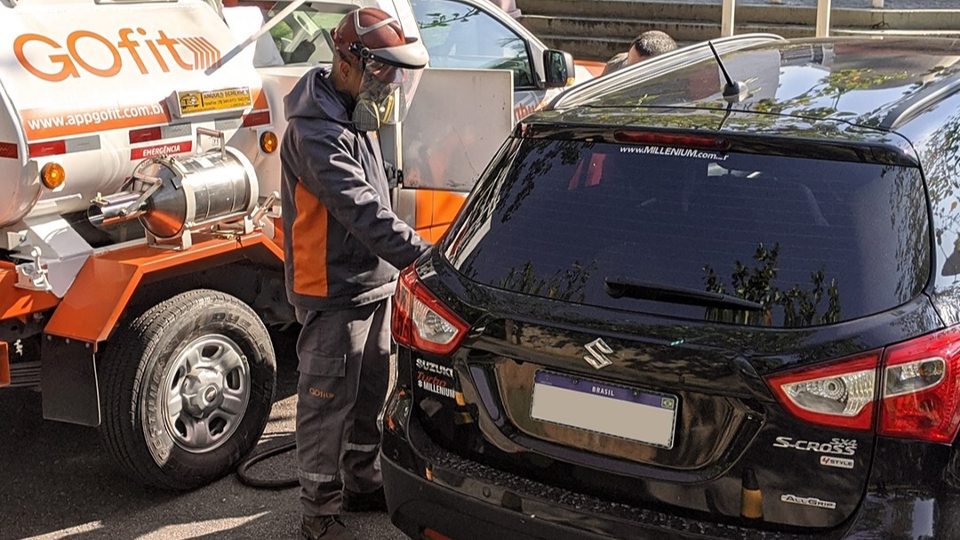 In order to increase competition in the sector, the Ministry of the Economy publicly defended that service stations be authorized to refuel vehicles outside establishments, in delivery mode. The service, already practiced in other countries, is banned in Brazil by resolution of the National Petroleum, Natural Gas and Biofuels Agency (ANP). The justification is the difficulty that the model would create for the traceability of products and the inspection of resellers.

Technicians from the ministry headed by Paulo Guedes argue, on the basis of the Law on Economic Freedom, that “the existence of a demand and the possibility of offering or supplying safe and quality products are sufficient reasons for not to hinder the free initiative of companies “.

The law, sanctioned in 2019 by President Jair Bolsonaro (no party), creates the figure of regulatory abuse, an offense committed by the public administration when it enacts a rule that “affects or may affect the exploitation of the economic activity”.

The delivery of fuel has already been carried out on a limited basis in the city of Rio de Janeiro. After starting to offer the service without the consent of the ANP, Delft Serviços (later renamed Gofit) was authorized by the agency in March 2020 to operate the modality on an exceptional basis, as a pilot project. The performance, which lasted until May 2021, was limited to the districts of Barra da Tijuca, Recreio dos Bandeirantes and Vargem Pequena.

The operation was similar to that of a food delivery service. Thanks to a smartphone application, the user registers one or more vehicles and indicates the place, time, value and type of fuel (regular gasoline or ethanol) that he wishes to supply. Payment was made by credit card directly on the platform. At the scheduled time, a tanker would come to the car and supply it.

One of the arguments that made it possible to set up tests was the possibility of traceability offered by the technology. The activity was monitored by the ANP through monthly reports with data on supplies, in addition to inspection actions. Based on the experience, the agency established a series of conditions for the eventual exit from the service.

These rules are provided for in the regulatory body’s draft resolution submitted for public consultation. According to the text, the operation can only be carried out by service stations already authorized and after a specific subsidy, with operations restricted to the limits of the municipality and in urban areas. The transport vehicle can carry a maximum of 2000 liters of up to two types of fuel (regular gasoline and ethanol) in separate tanks. The transport of diesel would not be allowed.

The actual power supply cannot be done in places with semi-permeable or permeable soils, garages, basements, high-volume public roads or when the operation involves non-compliance with the highway code, like the need to stop in double row or in an area in this parking lot is fenced.

The authorization of supply outside the station would require a series of documents, such as a risk management analysis study, the national road freight transport registration (RNRTC) issued by the ANTT, the operating authorization issued by an environmental agency, the annotation of technical liability with collection with Crea, inspection certificate for the transport of hazardous products issued by Inmetro, registration of environmental regularity, accident insurance for the activity, among others.

Abroad, there are examples of countries that allow this type of service. An ANP survey cites companies like Britain’s Zebrafuel and India’s MYPetrolPumP, Pepfuel and Fuel Buddy, which deliver diesel, and CAFU, which serves Dubai, United Arab Emirates, with gasoline delivery. In the United States, the business has been around since at least 2016, with companies having regional operations, such as Exfill, Filld, Yoshi, Booster, and Neighborhood Fuel.

Different teams from the Ministry of the Economy have already come forward to defend the liberation of the modality. In a July technical note, the Department of Assessment, Planning, Energy and Lotteries points out that technology is already common in deliveries “and, perhaps, will lead to even greater control of activities. supply of the fuel delivery solution, brought about through the expansion of the use of mobile phones and already present in other countries like UK, US, UAE and India ”.

In another opinion, the Special Secretariat for Productivity, Employment and Competitiveness considers that the delivery of fuels “is a new possibility of a commercial arrangement, even making it possible to challenge places where there is abuse of power. economical in resale “. The file also defends that the service is distributed without restriction to the limits of the municipality where the resale station is located.

The change would be another measure to increase the competitiveness of the sector, following the recent unblocking of ethanol purchases by stations direct to factories and the sale of fuel from other distributors by branded dealers.

The so-called regulatory supervision of loyalty to the flag was also the subject of a public consultation by the ANP, but before the regulatory body made a decision on the matter, the Ministry of the Economy published in early August a interim measure removing restrictions on fuel purchases by dealers.

However, the Ministry of Economy informed Gazeta do Povo that “there is no further study or elaboration of another legal or infra-legal normative act on the current issue within the framework of the Secretariat of evaluation, planning, energy and lotteries (Secap), in addition to the proposed modification made by the ANP within the framework of Public Consultation n ° 7/2021 ”.

The ANP, in turn, indicated that it was analyzing the contributions received during the public consultation. According to the agency, there are currently no plans to release the new rules.

Distributors and associations are against the proposal

Despite the government’s favorable opinions, several entities oppose the release of fuel delivery under the conditions proposed by the regulatory agency. Distributors such as BR, Ipiranga, Raízen and Atem oppose the project because, among other reasons, it generates operational and environmental risks, control difficulties and risks of tax evasion, without sufficient compensation in terms of competition, according to them.

The Brazilian Association of Independent and Free Fuel Dealers (AbriLivre) asserts that the obligations imposed in the body’s draft resolution “are absolutely impracticable for a position that complies with the law and ANP standards, which, in practice, would make the adoption of delivery without the risk of infringing any of these obligations ”.

The entity questions, for example, the tightness of the offer in garages and, at the same time, the need for the procedure to take place in areas with impermeable floors, since this type of soil is usually found precisely in garages.

Prosecutor Glauber Tatagiba, of Procon de Minas Gerais, considers that the modality “does not bring benefits to the consumer, it endangers safety and the environment and can facilitate tax evasion, as well as the falsification of the product” .

The Brazilian Association of Port Terminals (ABTP) also opposed the measure, saying the model could expose third parties to liability for possible environmental contamination and damage to public safety.

The Union for the retail trade of petroleum derivatives, natural gas and biofuels, mini markets, car washes and parking lots in Santos and the region (Resan) declares that it has no objection to the delivery itself. same, but that the conditions proposed by the agency would be insufficient. control the risks of harm to the environment, consumers, tax collection and competition itself.

An opinion produced by the Energy Economics Group (GEE), of the Institute of Economics of the Federal University of Rio de Janeiro (UFRJ), concludes that, although the ANP requires an extensive series of guarantees from agents and places a series of restrictions, the authorization of the activity tends to increase the costs of fuel quality control and generate insecurity for the supply activity.

“Other solutions, such as the development of applications that provide precise information on fuel prices as well as the evaluation of service stations by consumers on predefined routes (work-home, for example) have the potential to increase. competition without raising the prices of regulatory costs. Say authors Helder Queiroz Pinto Jr. and Marcelo Colomer Ferraro.

Aneel predicts an average increase of 16.7% in the electricity bill in 2022