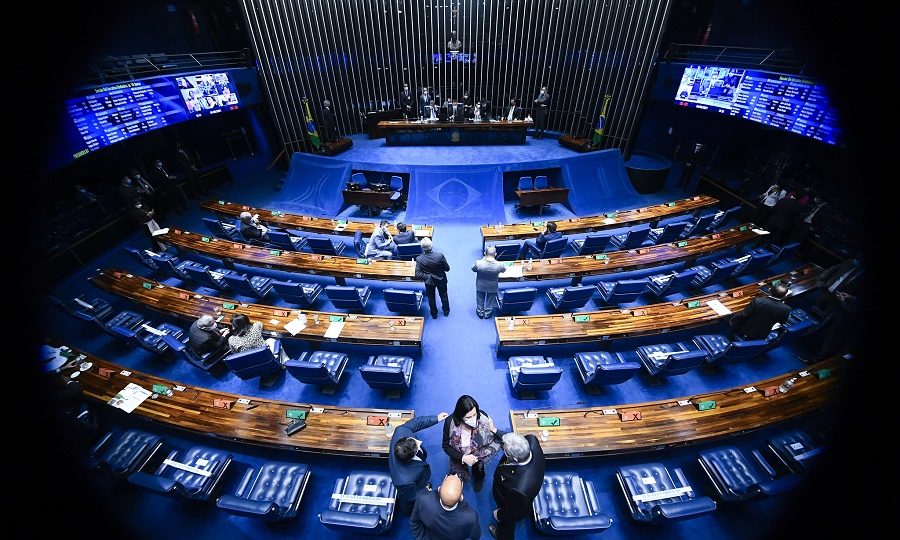 Approved in the House, the proposal now goes to the Senate. PL is planning a transition for the billing of charges for the use of the energy distribution infrastructure. Photo: Marcos Oliveira / Senate Agency

The Chamber of Deputies has approved a bill that maintains the current exemptions for mini and micro power producers until 2045, but provides for the adoption of a timetable for the full collection of distribution service charges for new prosumers (term for consumers who generate their own energy). Called the regulatory framework for distributed generation, the text, which garnered 476 votes for and 3 against this Wednesday (18), deals with the energy produced by the consumer at the point of use thanks to renewable sources – in particular solar, with the use of photovoltaic panels. .

In the current standard, mini and micro generators are connected to the energy distributor, but do not pay for the use of the grid. They can inject their generated surplus into the system and, in return, are allowed to consume the energy that arrives when they are not self-sufficient (at night, on rainy, cloudy days or during maintenance). Fees are only charged if there is a difference between consumed and injected.

The MP-approved surrogate – drafted by rapporteur Lafayette Andrada (Republicanos-MG) – and now going to the Senate, predicts that active mini and microgenerators will remain exempt from grid costs until 2045, which will extend future projects submitted within twelve months of publication of the law. The objective is to guarantee the amortization of the investments made, as a right already acquired by these pioneer consumers of renewable production.

For prosumers who start producing their energy later, transition rules are established for the full payment of network usage charges – a request from energy distributors, who qualify the exemption offered to GD as a cross-subsidy ( paid by captive consumers of the system). These values ​​include, in addition to the infrastructure itself, the costs of maintenance, operation and depreciation of equipment, which enter into the composition of the electricity bill.

The schedule approved by the Chamber defines that from 2023 these producers will pay 15% of the charges, with an additional 15% increase over one year, until reaching 100% in 2029. By then, the difference will be covered. by the Energy Development Account (CDE), a sector fund made up of resources transferred to distributors to finance public policies in the electricity sector. This schedule must however be evaluated by the National Electric Energy Agency (Aneel) within 18 months.

The text defines microgenerators as those that produce up to 75 kW of energy from alternative sources (photovoltaic, wind, biomass and others) in their consumption units (on roofs, vacant lots, condominiums, farms ); while mini generators generate from 75 kW to 5,000 kW. In 2045, this limit drops to 3,000 kW.

The approved text was the subject of an agreement drawn up by the Chamber to meet the demands of distributors and small producers. The bill drew opposition from entities linked to production from renewable energies (who defended the maintenance of the subsidies) and from associations of distributors and consumers (who highlighted the exemptions as an additional bill charged to consumers). members of the regulated market who are not producers).

In a statement, the Brazilian Association of Electric Power Distributors (Abradee) says it considers the approval of the proposal “an important step for the more sustainable future of distributed generation in the country. The approval has was made possible thanks to the actions of the Ministry of Mines and Energy (MME), the National Electric Energy Agency (ANEEL) and sector agents so that the terms of the PL can reach a better balance for the electricity sector ”.

The progress of the proposal to Congress is also well assessed by the Brazilian Association of Solar Photovoltaic Energy (Absolar). For the organization’s executive president, Rodrigo Sauaia, the approval of the text brings more legal certainty to the sector and should accelerate investments in new photovoltaic projects in homes and businesses in the country. For the entity, the standard “dismantles the legal and regulatory uncertainties that hung over the market and, with it, brings stability, predictability and clarity to the accelerated growth of solar energy in Brazil”.

Currently, the country has 700,000 units of solar power consumption, with an installed capacity of 6.3 gigawatts.