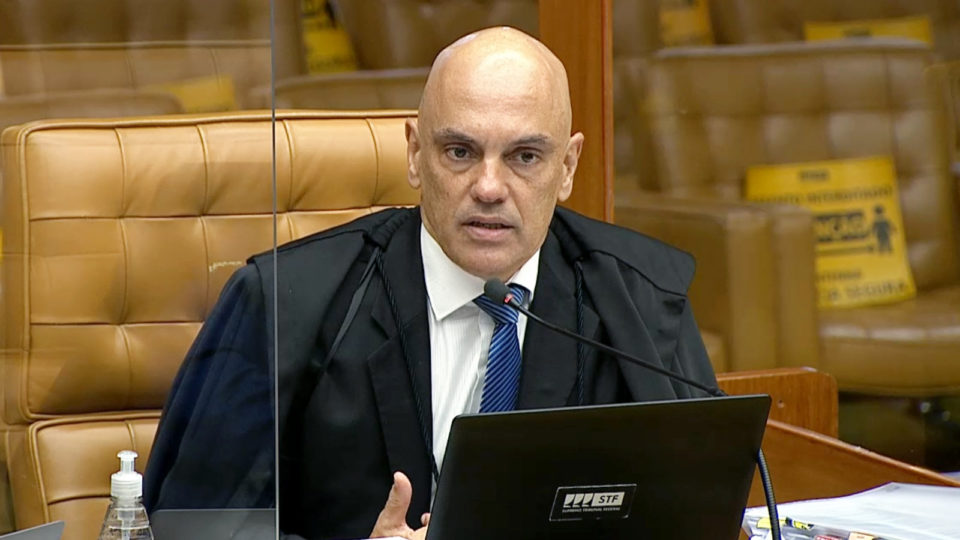 The judgment was broken with the vote of Minister Alexandre de Moraes | Photo: Disclosure/STF

Minister Alexandre de Moraes, of the Federal Court (STF), voted, in the early hours of this Friday (25), in favor of the so-called “lifetime revision”, that is, the possibility of recalculating retirement for a group of INSS beneficiaries who worked in the period prior to July 1994. As a result, a majority formed, by 6 against 5, among the members of the Court to consider the agreement as constitutional , applying it to all the processes of the type that are being processed in the country.

The decision can still be modified, since the deadline for closing the trial, which takes place in virtual plenary, runs until March 8. Until then, a minister can request that the matter be brought before the physical plenary. There are also motions for clarification in the decision.

If the score stands, pensioners who were harmed by a change in pension rules more than 20 years ago will be entitled to seek a retroactive readjustment of their benefits, including contributions made before July 1994.

The case dates back to the entry into force of Law 9.876 of 1999, which changed the method of calculating pensions. Until then, the benefit was defined taking into account the last 36 contributions, ie the average of the previous three years. The new legislation, the same that created the Social Security Factor, provided that what had been collected over a lifetime would go into the account.

For those who were already in the system before the promulgation of the law, there would however be a transition rule: the calculation would start from July 1994, that is to say from the beginning of the real plan. The intention was to benefit most of the insured, because in general the remuneration – and therefore the social security contribution – generally increases throughout the career.

Some people, however, ended up being harmed, due to their reverse salary history, i.e. they had contributed more in the period prior to July 1994 and those contributions had not been taken into account.

The sweeping STF ruling analyzes a special appeal by Vanderlei Martins Medeiros, who argues that the rule was unfair and calls for a review of the benefit – hence the name “lifetime review” of the judgment.

In 2019, the Superior Court of Justice (STJ) ruled in favor of the appeal. The General Prosecutor’s Office (PGR) has also positioned itself in favor of granting the highest benefit. In his vote, Attorney General Augusto Aras said that “the exegesis of the transitional norm is the perception of the best possible benefit for the taxpayer”.

At the STF, the analysis of the file by the plenary session began on June 4 last year, but ended up being interrupted seven days later by a request for inspection from Moraes. Until that moment, the score was tied 5 to 5, with favorable votes from the then minister Marco Aurélio Melo, rapporteur of the case, from Edson Fachin, Cármen Lúcia, Rosa Weber and Ricardo Lewandowski.

There was a dissenting vote from Nunes Marques, who was joined by Dias Toffoli, Roberto Barroso, Gilmar Mendes and Luiz Fux.

“Insured persons who have implemented the conditions of the social security benefit after the promulgation of Law 9.876, of 26/11/1999, and before the new constitutional rules, introduced by the EC in 103/2019, which made final the transitional rule, have the right to opt for the final rule, if it is more favourable,” Moraes said in his vote.

Government technicians would not have appreciated the news. According to the newspaper “O Globo”, the impact on social security would have been estimated at 46 billion reais by 2029, taking into account revisions and concessions. The General Prosecutor’s Office (AGU) must wait for the proclamation of the final result to manifest itself.

Due to the statute of limitations, however, if the decision is upheld, only those who fit the situation and have had an early retirement within the last 10 years will be able to have their benefits reviewed. The thesis can also be extended to retirees and those who have received sickness benefits under the same circumstances. In addition to increasing the current benefit, the revision would be applied retroactively to the last five years.

Vice-president of the Brazilian Institute of Social Security Law (IBDP), lawyer Diego Monteiro Cherulli celebrates this decision. “The IBDP understands that the lifetime review is the ideal of the principle of actuarial balance, because it is not correct that the INSS wins by granting a lower benefit to policyholders who have actuarially contributed more, using a rule created to benefit at the expense of those who paid a higher value for their pensions,” he says.

With unemployment and inflation, Brazilians go into debt and use the card