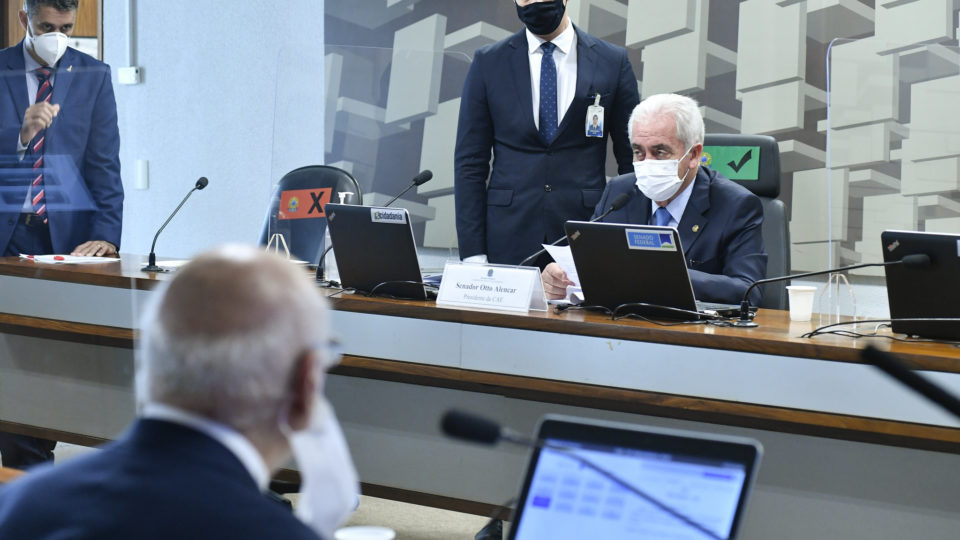 The Senate Economic Affairs Committee granted a request for examination of the bill on Tuesday (30) | Photo: Geraldo Magela / Senate Agency

A request for revision presented by Senator Maria Eliza (MDB-RO) postponed the vote on Bill 1472/2021, which would take place on Tuesday (30) at the Senate Economic Affairs Committee (CAE). The PL changes Petrobras’ fuel pricing policy and creates a tax on crude oil exports and a fund to stabilize the prices of petroleum by-products in the domestic market.

The analysis of the proposal, drafted by Rogério Carvalho (PT-SE) and with a favorable opinion for approval by Jean Paul Prates (PT-RN), should be for next Tuesday (7), but the date has yet to be confirmed by the chairman of the committee, Otto Alencar (PSD-BA).

The project proposes to change the policy adopted since 2016 by Petrobras, known by the acronym PPI – import parity price. According to the methodology, the state-owned company uses the price of oil on the international market and import costs, such as transport and port costs, as a benchmark for the readjustments of petrol, diesel and cooking gas. .

According to the proposal, the domestic prices charged by fuel producers and importers would have as a reference, in addition to the international market quotation and import expenses, also the internal production costs, which, without indexation of the exchange rate , would lower prices.

The text also institutes the creation of a tax on the export of crude oil, which would make it possible to set up a fund to amortize the variation in the value of petroleum products. The resources would support a “price band” system, which would limit the transfer of volatility from international markets to consumers.

Petrobras chairman General Joaquim Silva e Luna said he found the idea of ​​a stabilization fund “interesting” but was against a tax on crude oil exports. For him, an alternative would be to use the dividends paid by the company to the Union to finance the initiative.

After proposing a rate of up to 50% on a portion of a barrel of crude oil, rapporteur Jean Paul Prates reduced taxation in a new opinion, presented on Monday (29). According to the new version of the text, a barrel sold up to US $ 80 would be exempt from the tax. The portion exceeding US $ 80 and less than or equal to US $ 100 would be taxed at 7.5%, while the portion exceeding US $ 100 would be taxed at 12.5%.

“The wording refers to the use of tax only as a possible source of opening up the fiscal space, and not as a link with revenue,” underlines the rapporteur. Also according to the proposal, the value of crude oil imports can be deducted from the tax calculation basis, provided that the product is refined in the country by the same exporting legal entity and during the same period.

Partly accepting an amendment from Senator José Aníbal (PSDB-SP), Prates added other sources of funds for the stabilization fund. According to the new surrogate, Petrobras dividends owed to the federal government can still be used; government participation resulting from the production concession and sharing regime; and the financial surplus from freely invested sources available in the Union’s balance sheet.

During a public hearing last week, the Leader of the Government in the Senate, Fernando Bezerra Coelho (MDB-PE), defended that “other means of making this stabilization fund viable” be sought.

In another amendment, presented this Tuesday (30), Senator Eduardo Braga (MDB-AM) also proposes to include funds from the sale of oil, natural gas and other fluid hydrocarbons in the Union; and the positive result verified in the half-yearly balance sheet of the Central Bank for the management of foreign exchange reserves. At the ACE meeting that would vote on the project, Prates said he would accept Braga’s suggestions in a third version of his opinion.