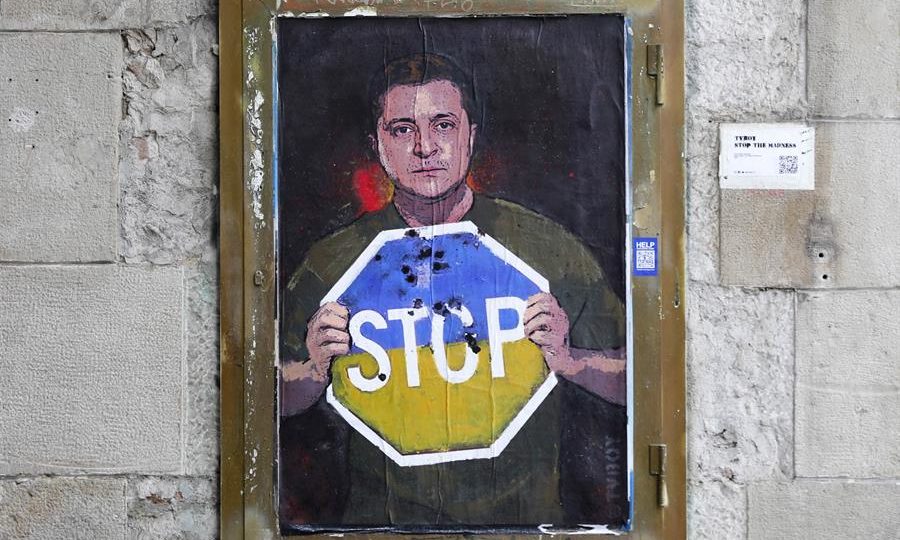 Artistic protests around the world, like this painting by Zelensky, produced by Urban TVboy, in Barcelona, ​​call for an end to the war | Photo: EFE/Andreu Dalmau

Turkish Foreign Minister Mevlut Cavusoglu said on Sunday that Russia and Ukraine had made progress in negotiations and were “close to an agreement”. The country maintains ties with the two belligerent nations and is positioning itself as a mediator in the conflict.

“Of course, it is not easy to reach an agreement when there is a war, when civilians are killed, but we would like to say that there is progress. We see that the parties are close to a agreement,” said the Turkish foreign minister, who visited Russia and Ukraine last week. The information comes from Agence France-Presse.

In contact with the Russian and Ukrainian delegations negotiating a possible end to the war, Cavusoglu preferred not to detail the content of the talks between the countries, in order to maintain “an honest role of mediator and facilitator” for a meeting between the presidents. from Russia and Ukraine.

Ukrainian President Volodymyr Zelenzky has pushed for peace talks “without delay”. In an exclusive interview with CNN on Sunday, he said he was ready for a conversation with Russian President Vladimir Putin, but warned that failure to do so could lead to “World War III”.