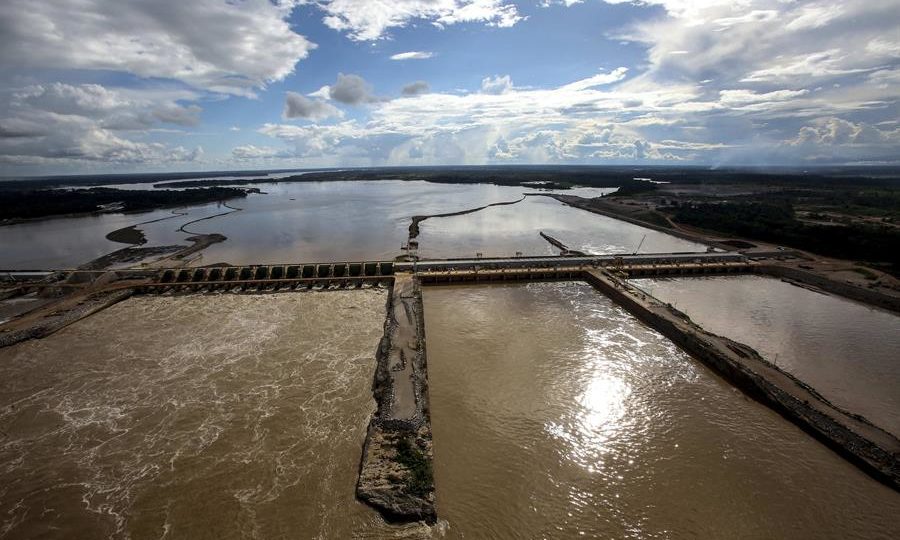 Brazilian electricity production should exceed 224 GW of installed capacity by 2030 to cope with an increase in consumption which could increase by 3.1% per year, which represents an increase of 44% over the period. This is what the latest ten-year energy expansion plan, the PDE 2030, provides, which indicates the prospects for the expansion of the energy sector over the ten-year horizon – 2021 to 2030. Prepared by the Energy Research Company ( EPE, linked to the Ministry of Mines and Energy), the document also points to an increase in the level of renewable production for 2030, rising to 88% against 85% in 2020.

Launched each year, the Ten-Year Energy Plan aims to indicate, “not to pinpoint,” the prospects for expansion of the energy sector. A new plan, 2022-2031, is expected to be released in the first quarter of 2022. These expansion planning studies are based on three elements: the configuration of the existing system, the expansion contracted at auction and the prospect of entry by the contractual environment. Free (ACL). For the PDE 2030, the reference is April 2020.

In May 2020, the National Interconnected Grid (SIN) had an installed capacity of approximately 171 GW, with the participation of the various generation sources, and – together – the auctions carried out up to the previous month and the prospect of entry of projects viable through the ACL represent an increase of 15,600 MW in installed capacity in the following ten years.

Who’s who in the generation

The scenario, according to EPE, presents a predominance of renewable sources, such as small hydroelectric power plants (SHP), wind and solar photovoltaic (centralized and distributed) for energy supply. With regard to electric complementation, the reference extension includes fully flexible thermoelectric plants, modernization with extension of existing hydroelectric plants and demand response.

It can be seen that the hydroelectric participation in the matrix remains practically unchanged. On the other hand, significant growth in solar wind and centralized photovoltaic sources is expected. Together, these sources correspond to a 4% increase, adding approximately 6 GW to the installed capacity already being implemented, from December 2020 to the end of 2030.

The PDE 2030 also draws attention to the existing thermoelectric power supply, but at the end of the contract, in addition to the “need for modernization due to the long period of operation and the expiry of the Energy Development Account (CDE) and the Thermoelectric Priority Program (PPT) over the ten-year horizon”. The scenario leads to a possibility of a 6% reduction in the thermoelectric share of the SIN, with uncertainty associated with the future availability of these projects.

The result of the final expansion configuration planned until 2030, in terms of total installed capacity by technology, foresees growth of all technologies, except for the aforementioned thermal generation:

According to the PDE, “due to the effects of the crisis resulting from the Covid-19 pandemic, we can observe a more timid indicative enlargement than usual. However, the need to expand technologies to address both energy and power is evident. “, based on the outlook for increased demand.

When we only talk about the expansion already contracted to start operations, there is a total expansion of about 37 GW between the years 2026 and 2030 (with an average of 7.5 GW/year), all in new installed capacity to be integrated into the National Interconnected System (SIN) according to the PDE 2030.

In addition to the sources that already demonstrate economic competitiveness, the indicative expansion envisaged includes inclusions such as biomass, the modernization of a coal-fired power plant and the production from municipal solid waste (MSW), which appears for the first times in a ten-year energy plan. and is expected to reach 60 MW of installed capacity by 2030.

Still with regard to the indicative expansion, flexible thermoelectric power plants are those that progress the most in installed capacity between 2026 and 2030, with 12,334 MW. Despite their large number (which includes new power plants and the retrofit of thermoelectric power plants at the end of the contract), the predominance is renewable, driven for example by wind power generation, with an expected expansion of 11,875 MW. Throughout the study period, renewable sources represent more than 85% of the installed capacity of the Brazilian system.

The future of hydroelectricity

Still the country’s main source of production, hydroelectric power plants deserve special attention in the PDE 2030. The hydraulic source, even if preponderant in the National System – with approximately 65% ​​today – “will increasingly need a greater control of its operation if it wishes to use it to adapt to load variations and the increased share of variable renewable sources”. The concern comes at a time of change in the composition of the national energy matrix, with challenges for planning.

Marked by the water crisis in 2021, the production of energy by water should deliver seven plants by 2030; which are:

Although considering the possibility of expanding and modernizing the existing hydroelectric park, totaling 4,300 MW (including the above units), the PDE does not indicate any new works of this type, “since this offer does not s proved to be an economically attractive option for expansion”.

The absence of indication in the document, however, “should not be seen as a reduction in the importance of this source for Brazil”, specify the formulators. The Ten-Year Energy Plan 2030 verbatim emphasizes the need “to intensify the debate on the role of hydroelectric plants in Brazil[…]. Seeing new business models, mapping opportunities to better leverage remaining potential, and recognizing the change in our power matrix are key elements in valuing the importance of hydropower plants in Brazil,” EPE assesses. projects aimed at redefining the optimal potential of the factories, in order to observe the needs of the system in a future perspective.

Energy for the next ten years

According to the ten-year energy plan, the sector will need investments of R$2.7 trillion by 2030, “of which R$2.3 trillion related to oil, natural gas and biofuels, and R$365 billion R$ to the centralized production, distribution and transmission of electricity”. The assessment is based on the forecast of average growth, respectively, of 2.9% in 2021 and 3.0% per year until 2030 in the reference scenario, drawn after the health crisis of 2020, with a start of recovery expected in 2021.