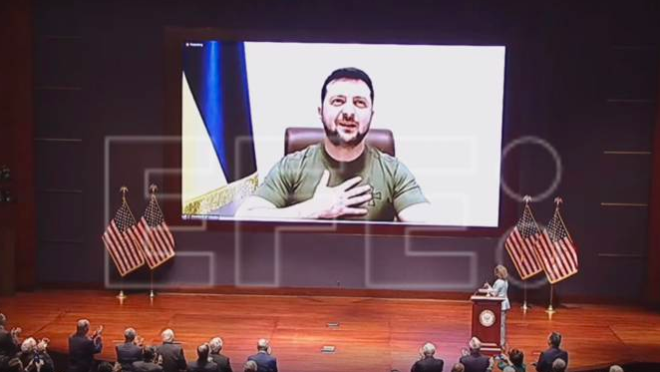 The President of Ukraine, Volodymyr Zelensky, said this Wednesday (16), in a speech by videoconference to the United States Congress, that the country he leads lives daily a scenario of panic and destruction like that of one of the most tragic attacks in history.

“Remember 9/11. Ukraine suffers from it every day. A terror that Europe has not seen for 80 years,” said the Ukrainian head of state, much applauded by American lawmakers. Ukraine’s president said that “at this moment the fate” of his country “is being decided” because Russia’s “brutal attack” is “aiming at the basic human values” of Ukrainians.

Zelensky’s speech came after US President Joe Biden signed a bill that would provide $13.6 billion in military and humanitarian aid to Ukraine and eastern NATO countries. Zelensky hailed the international effort but appealed to Biden for “new packages” of sanctions against Russia until “the Russian military machine stops.”

“Restrictions are needed against all those on whom this unjust regime is based… All those (Russian politicians) who remain in power,” he added. He also reiterated the call for NATO to impose a no-fly zone in Ukraine, which Washington and the military alliance opposed.

the 4th tranche of 2021 emergency aid will be anticipated; see dates