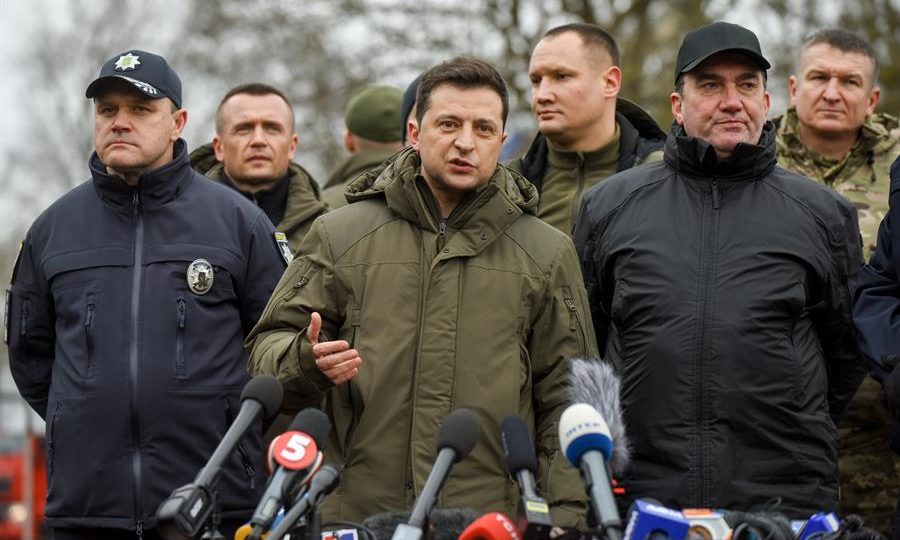 According to Zelensky, NATO countries have created a narrative that closing the skies over Ukraine will cause a direct confrontation between Russia and the Euro-Atlantic bloc.| Photo: EFE/EPA/OLEG PETRASYUK

Ukrainian President Volodymyr Zelensky on Friday slammed NATO for refusing to impose a no-fly zone over Ukraine, a measure Kiev has been pushing for days to prevent Russia from advancing into the country.

“Knowing that further attacks and further casualties are inevitable, NATO has made the decision not to close the skies over Ukraine,” Zelensky lamented in a video message posted on social media. According to the Ukrainian president, the intelligence services of the countries of the Alliance “know very well the plans of the enemy”.

“We believe NATO countries have created the narrative that closing the skies over Ukraine will cause a direct confrontation” between Russia and the Euro-Atlantic bloc, he added. At the end of his speech, however, Zelensky admitted that there are also friendly countries in NATO, which help Ukraine “in spite of everything”.

US Secretary of State Antony Blinken today reiterated his rejection of NATO assistance to impose a no-fly zone over Ukraine because, as he pointed out, the allies have the responsibility to ensure that the war launched by Russia “does not spread” outside of this country. . Blinken thus toed the same line as NATO Secretary General Jens Stoltenberg, who today also ruled out the Alliance’s contribution to the no-fly zone requested by Kiev.